Moving towards more equality between women and men

Since 2014 Entrepreneurs du Monde has been getting increasingly conscious of how it can better take into account gender in its functioning and actions.

What is “gender”?  Gender is a notion that refers to the differences between women and men in terms of social relations. It describes the characteristics, the roles, and the activities assigned by society related to being a man or woman.

Why a better consideration of gender at Entrepreneurs du Monde? 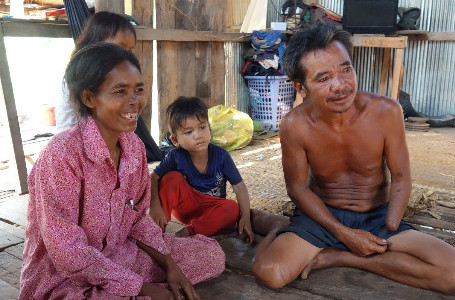 For our NGO, a better consideration of gender aims first at being fully consistent with our mission and principles, including the principle of equity. The strategic planning put in place in 2016 states the following objective: “Give equal opportunities to all, especially through the integration of gender issues by analyzing unequal relations between women and men in order to make them visible and take them into account”

We then see in this better consideration of gender a way to improve the impact with our beneficiaries and the local organizations we create and accompany. Since we seek to serve the most vulnerable, let us look at the roles played by women and men in the countries where we operate, identify those who play the most limiting roles and see how to better support them.

Finally, mainstreaming a gender perspective in our actions will enable us to solicit new sources of funding that are mindful of this cause.

What do we concretely enact?

Since a year ago, actions have been increasing, driven by collaborators particularly motivated to make progress on the subject. The kickoff of the project began with two exchange sessions in the summer of 2017, which resulted in a shared action plan. Among the various actions, for example, Entrepreneurs du Monde is currently being trained in Togo by the Center for Renewable Energies and Energy Efficiency to become an “energy and gender” focal point for West Africa. In Myanmar, the microfinance program undergoes a self-assessment of gender equality with the United Nation Capital Development Fund. In France, gender is on the agenda of quarterly team meetings, with role playing real-life situations, games to refine our vocabulary, etc.

Thanks to the financing of FRIO-genre*, Entrepreneurs du Monde will benefit from external expertise during 10 months to help us mainstream a gender perspective in our actions and functioning. Three major projects are planned: an organizational diagnostic with a gender approach, the development of a gender strategy, and the training of the board of directors and teams from all countries.

Beyond gender alone, we hope that Entrepreneurs du Monde will become a reference for inclusion, opposed to all forms of segregation and inequality.