News from the field: zoom on 5 programs

Entrepreneurs du Monde is a group of 800 employees on four continents, working for an equitable and sustainable world where everyone has access to basic services and can take action to improve their daily lives, those of their families and their communities. We create and incubate social enterprises (programs) that become autonomous within 5 to 8 years.

We are present in 11 countries with 20 local programs. Zoom in on five of them! 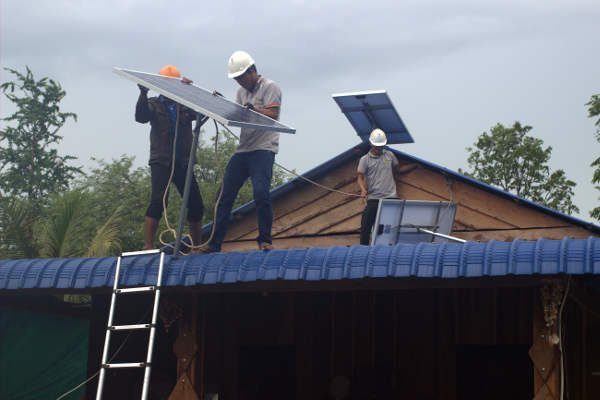 The Pteah Baitong team has already provided two villages with a solar mini-grid, bringing light to around 100 families. It continues to equip a large number of families: 40 since January. The team also sells an increasing number of egg incubators to small-scale poultry farmers and trains them in their use. These incubators can be hooked up to the mini-grid or powered from their own solar panels.

The team is testing other equipment compatible with solar power to help families develop their fields (water pump) or businesses (freezer).

Last but not least, it designed a Pteah Baitong solar kit, ideal for meeting the electricity needs of families who live too far from a village to be connected to a mini-grid. 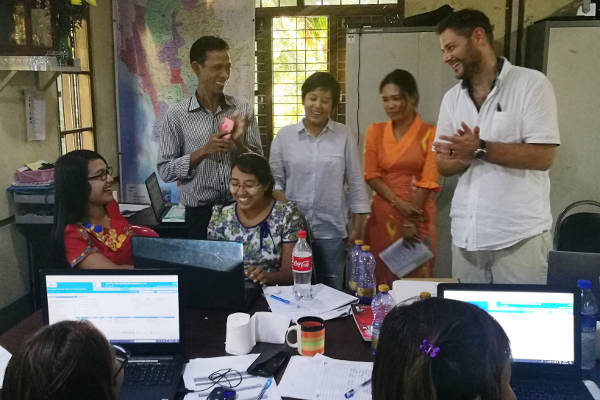 During the last phase of the autonomisation process, the SOO team needed a new Management Information System (MIS). The changeover was a major upheaval. To make the transition easier, Amélie Germette and André Duchene, two Entrepreneurs du Monde technical advisers, trained and supported the team for two weeks.

All 50 colleagues were brought in to learn and master this eagerly awaited tool which streamlines operational, accounting and financial work and minimises the risk of data-loss.

The trainers now have smartphones and can encode transactions and data right there in the field. The data can be anaylsed in near-real time, giving a better understanding of the impact of our activities.

In the north: a second replicable granary 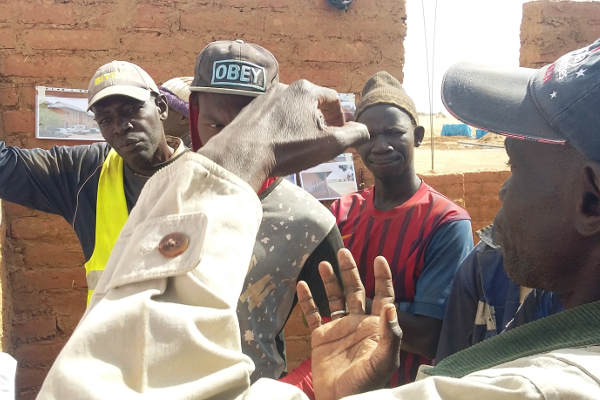 The Fawrou Remobe team took experience gained from the pilot granary in Matam and began construction of a second in Woudourou, incorporating improvements such as a better ventilation system, vaulted earthen roofs, removal of walls, etc. with on-site support from the experts at CRAterre*.

Around half of the 30 or so people building these two granaries are experienced craftspeople, while the other half are young people who want to learn. All are highly industrious teamworkers who implement existing improvements and suggest new ones. They are giving their all to get the project done! It’s a real testament to the on-site training ethos. Diané, the site manager, needed a right-hand man… and it was the site’s first female employee who took on the role! Aïcha holds an advanced vocational certificate in construction. She is slight but extremely hard-working and commanded respect from the very outset.

There’s plenty of momentum among the onion-growers too: although the granaries will belong to the social enterprise Fawrou Remobe, it is the onion-growers who have come up with the strategy, rental rates and processes. We are in no doubt that these granaries represent THE solution for these producers (50 in Matam, 100 in Woudourou). They will be able to store their surplus onions, access inventory credit through Fansoto (our microfinance programme based in the field) and destock at the right moment, giving them much greater influence among Dakar’s traders. Next steps? Reforestation and an agroecology school. More on this next time…

* Laboratory researching raw earth architecture based at the Grenoble School of Architecture.

In the south: an agroecology school 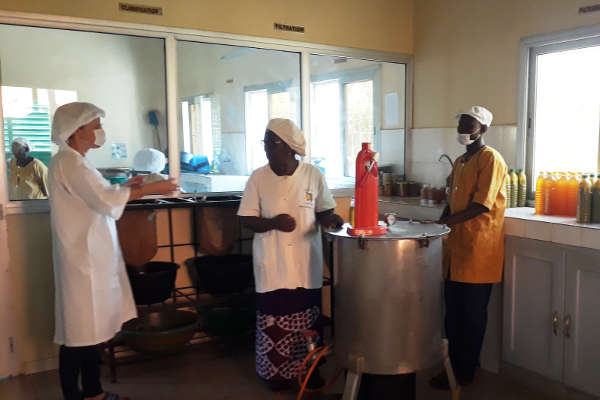 In order to bring together growers, processors, distributors, to professionalise and develop the agricultural sector, and to create jobs for young people and women in Casamance, we are launching Teranga, a business/training school in Casamance. The market study is complete, partners have been identified, the syllabus is being developed and we will be welcoming the first trainees this summer.

A big thank-you to the philanthropists at Changer par le don* for supporting the project and for raising enough funds on the evening of 9 March to get it off the ground.

* www.changerparledon.com: an initiative that encourages the wealthy to give 10% of their annual income or net worth to charity. 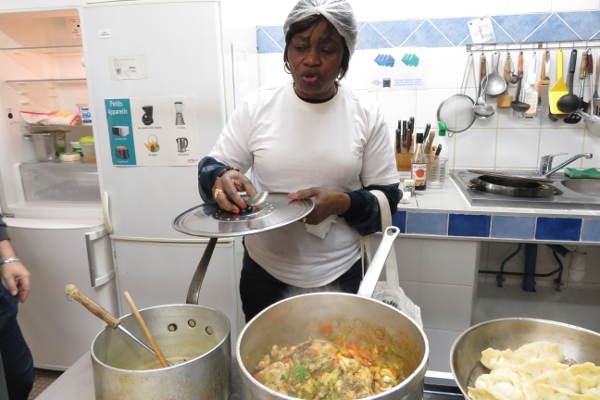 The 4th promotion of entrepreneurs launched!

The team from ICI will help around ten people from Syria, France, Lebanon, Georgia, etc develop catering businesses to lift themselves out of poverty, thanks to solid theoretical training, individual support and a concept test run out of a Foodtruck of a restaurant or food stand, giving them experience and funding to help them set up their businesses. You can help us balance the foodtruck budget: click here!

Our programs in the field